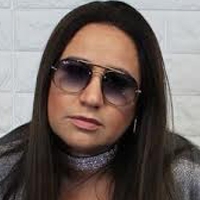 Born and raised in Ponce, Puerto Rico, she left everything behind and boarded a plane to New Jersey in pursuit of a dream, to work in radio. A graduate of Kean University, Ana Maria began her career in the college radio station WKNJ 90.3FM with a 2 hour show called â€œThe Reggeaton Mixâ€. She has been a part of NYC major radio stations working for WKTU 103.5FM as a promotions manager & on air producer. She also worked at WSKQ La Mega 97.9FM started in the promotions department and ended up in the #1 Show El Vacilon de la Manana where she served as on air and stunt girl. In 2008 the new face on the block commanded El Jangueo con Ana Maria Monday to Friday 11AM-3PM which was later moved to 3pm to 7pm on La Fiesta 98.5FM. Now as Program Director of La Fiesta for the past 5 years this girl has established her determination & passion for radio. To top it all she was also given the title of Promotions Director for the JVC Broadcasting New York Cluster last year, as you can see this girl does it allâ€¦